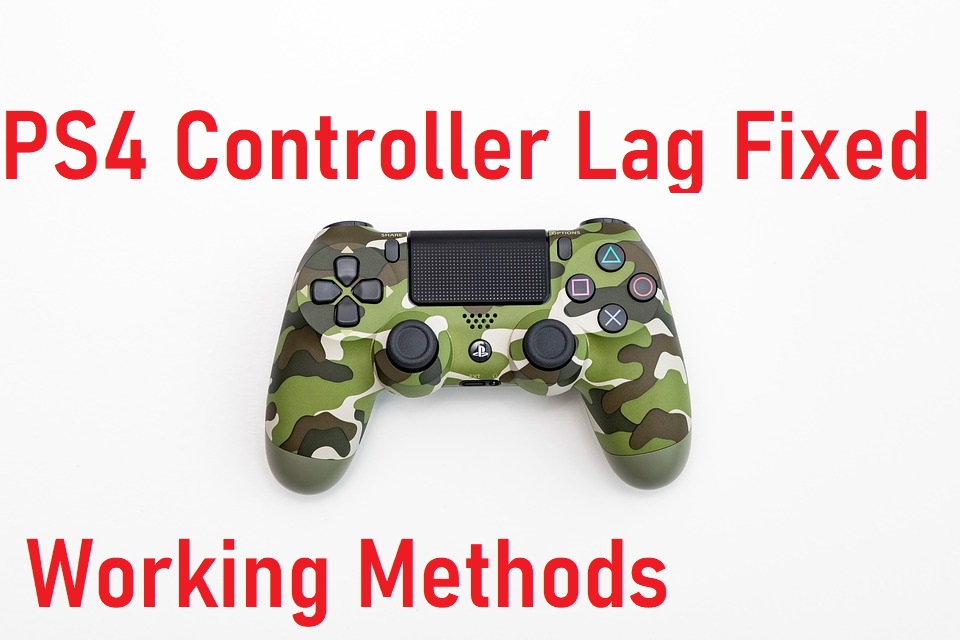 Anyone else experiencing input lag from the controllers during gameplay or anything really. One of the most frustrating things while playing a game is finding that your controller has become disconnected or won’t respond to your inputs. It frustrates me when my PS4 controller lags from my PlayStation 4 from time to time and there’s nothing you can do about it. Sometimes we need some quick reaction to perform an important function in online games and our console takes forever to register it and execute the action needed due to PS4 Controller Lag. So today we are going to give you an idea on how to fix ps4 controller lag.

What is the Controller Lag?

Input lag is when inputs on the controller either fail to register or register later than they should on the game or application. In video games, input lag is either the delay between the television or monitor receiving a signal and it being displayed on the screen, or the delay between pressing a button and seeing the game react. On ps4 when you press a button and the action is registered after some time then it is ps4 controller lag. It is very important to perform ps4 controller lag fix as it might hamper our gaming experience.

How to measure PS4 Controller Lag?

There are two main ways to measure controller lag which are describe under here:

Some times in only on TV but in android devices also you may suffer from lag known as android ps4 controller lag. One of the things that made Android so popular is its high degree of customizability. The process of connecting a PS4 controller to an Android device is as straightforward as it gets and relies on Bluetooth. Sometimes that you may experience after connecting the PS4 controller to your Android device is some input lag which renders any games requiring quick reflexes unplayable. To fix this problem, we’re using a small app called Bluetooth Auto Connect. It was designed to automatically connect any Bluetooth device of your choosing to your phone. The app also has a handy function called “Continuous connect” that will automatically connect your device every number of seconds.

Bluetooth Auto Connect is not available in the Play Store so in order to install it you will need to make sure “Unknown sources” is enabled on your Android device in the Security Settings menu. Then download the APK and install the APK, and open Bluetooth Auto Connect. Then scroll down to “Advanced Options” (while your PS4 controller is connected), scroll to very bottom, and tap “Connect Now.” This should fix your PS4 controller lag issue.

If it doesn’t you can use the “Continuous Connect” option – a bit of experimentation might be needed to find the best time interval for reconnecting but it should be between 2 to 15 seconds.

Ps4 controller input Lag issues are not necessarily always controller issues. Be sure to check your controller with multiple games or applications to ensure that the problem is true with the physical peripheral and not with the game you are playing.
Please note that this troubleshooting guide is in no way meant to be exhaustive and if you continue to experience issues after going through the steps outlined, you ought to contact Sony support for additional help. These are the things that will help you on ps4 controller lag fix. If you have any other question feel free to ask in the comment section.