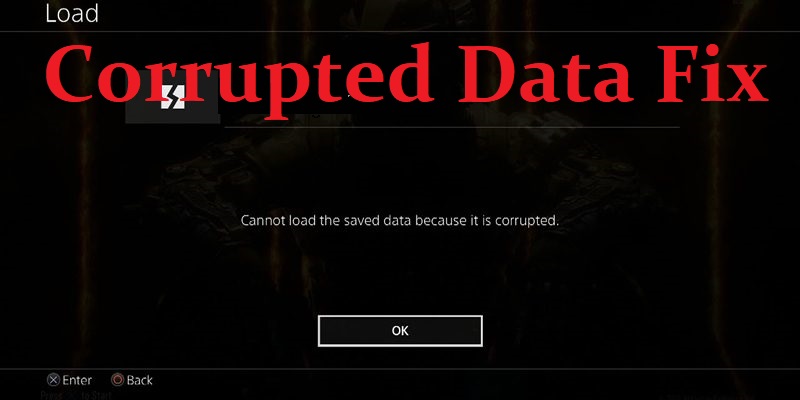 A couple of months ago, I was there at my home, with recently bought fresh, new copy of a game for my PS4. Then, I unwrapped the cover of the game and inserted the installation disc into my PlayStation console and left it for a few minutes. I went to drink a glass of water and when I was back, I heard a couple of beeps while the PS4 switched off immediately.

After facing the immediate switch off, I turned the console back ON and I found out an icon of a broken file that

said “corrupted data” on it. As soon as I saw the icon, I highlighted it and pressed the ‘Options’ button. But, it gave me no other option rather than ejecting the disc. I tried restarting my console, but it didn’t resolve the issue yet.

Perhaps the game was recognized by the console at some specific point of time since its update was getting downloaded too. I was wondering whether the disc was physically damaged or not. So, I just went back to the game store for a replacement disc and asked for another disc. They provided me a new disc and I went home and tried installing it. But, I got the exact same error again.

First, I thought the installation of the game was interrupted and later it became corrupted. I had nothing to do to solve this rather than deleting the files and starting again. There was no way to browse the files installed on the console. While installing the game, there was nothing I could possibly do. But, when the game installation finished, I could delete it and you can do the same.

I looked at the error logs and it showed me a code that said “CE-34875-7“. It means it was a CE-34875-7 PS4 Error. We all know that Sony doesn’t provide any detail on what these random numbers mean, but they are the master at displaying such cryptic error numbers for PS4 problems. If you do a simple Google search, you won’t be getting any details from the official Sony website or their Support sites. You can only see people discussing the problems in Sony’s forums.

I tried searching a lot on Google and I finally found a solution to resolve this issue. For that, the database needs to be rebuilt. So, let’s find out how you can actually rebuild the database.

At first, you need to be sure that you have taken you need to turn off the PS4 console completely. Putting the console in Rest Mode isn’t going to help you fix the problem.

After you have done all these, you need to select the “Rebuild Database” option. It might warn you that it could take hours to rebuild, but it took less than a minute for me.

When your console reboots, you can use the controller with your PS4 wirelessly just as you usually do. You need to remove the disc first before rebuilding the database so that the PS4 won’t be able to try and do anything with the disc.

After rebuilding the database, you can just put the disc back in and the standard game icon and options would appear. That means the game has been installed without any issues.

This kind of problem might appear if you have installed bonus extras in your console before installing the game itself. It is worth noting that there are similar issues where the problem appears during the game installation process itself. In that case, there is no issue with your console. But, instead, it is a problem for the game you are installing.

If you had faced this error before, you can share your experience in the comments below and if you are still unable to resolve the issue, you can write about your problems in detail. We will try to cover up your issue as soon as possible.